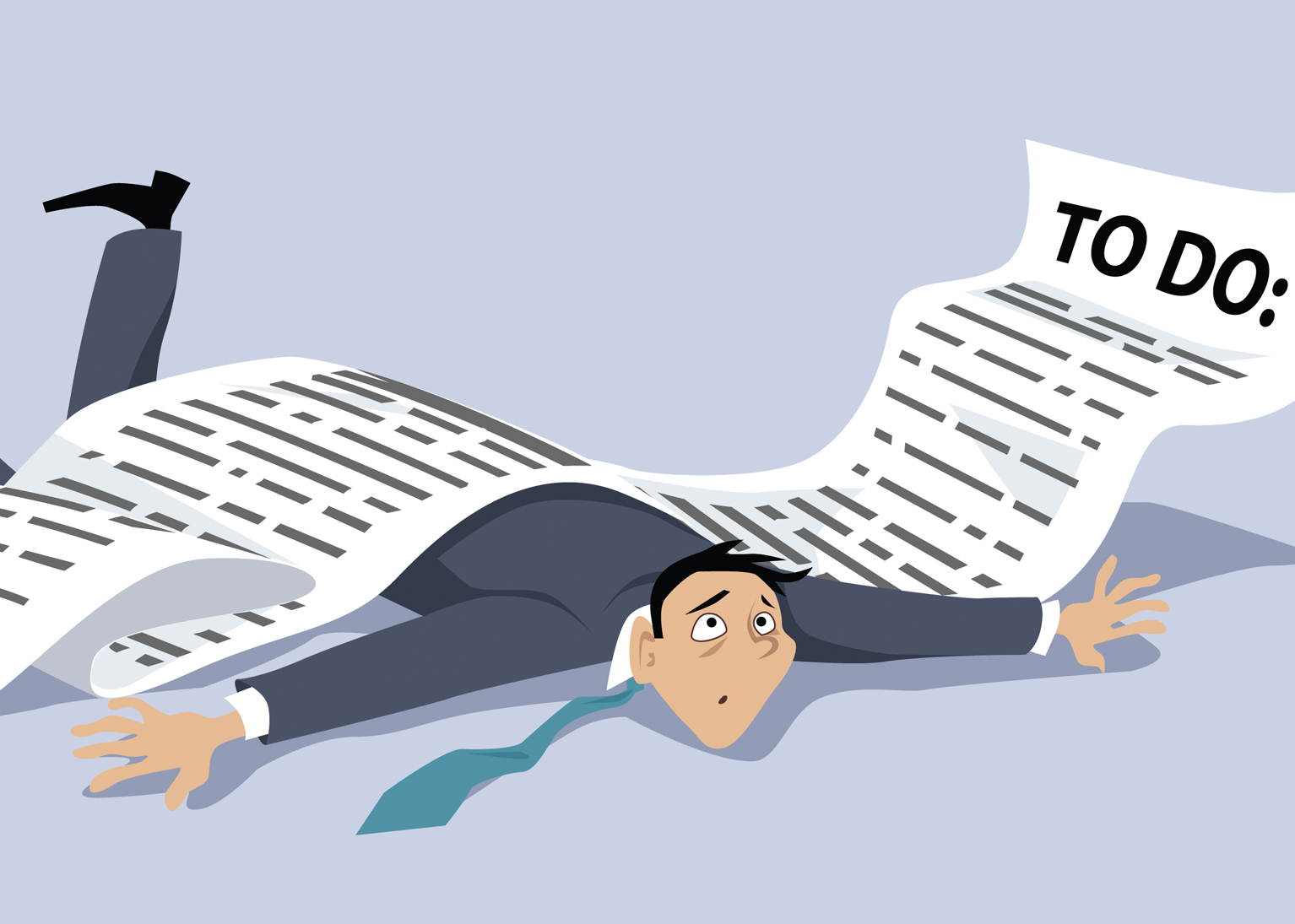 There I’ve said it! They don’t work.

They’ve never worked. They just get longer and longer, and become never-ending list of to-dos.

Feeling like you never conquer your list is exhausting. Sure, you may tick off a couple of things, but then you add more, and the cycle continues.  For many people, these to-do lists become a mechanism for overwhelm and burn out.

In our business coaching session, Jane mentioned she was finding it hard to sleep, and that she hadn’t had a decent nights’ sleep in a very long time.

Her to-do list was driving her crazy, and keeping her awake at night as she thought about all the things she had to do. It had grown over time and was now out of control. Jane was overwhelmed and felt she was drowning in her to-do list.

It turns out that there were 109 things on Jane’s to-do list.

It’s no wonder Jane was being kept awake at night!

We started by reviewing her list. I asked Jane to delete any tasks which had passed their use-by date, or that she no longer needed to do.

Next, I asked Jane to highlight anything that she could easily delegate to her assistant. Again, she highlighted 1/3.

She then choose the top 20 tasks that needed her immediate attention and estimated how much time each task would take to do. Jane started to feel better when she realized the majority of her top 20 tasks would take no more than 5-10 minutes to complete.

Why then was this to-do list such a ‘block’ for Jane?

On Jane’s to-do list, there were two significant issues, which she was having trouble dealing with. Every time Jane thought about attacking her to-do list, she’d become anxious and give up.

These two issues prevented her from doing the smaller 5-10 minute tasks.

I asked Jane to allocate half an hour per day over 2-3 weeks, to work through the 20 tasks.

To keep motivated and on track, Jane to created a ‘positive statement’ which she repeated regularly to stay inspired and on track. She chose, “I now have my life back”.

I checked in with Jane a week later, and she said she felt so much happier. Crossing off the small tasks during the day was helping her feel more in control. She had stopped worrying, and for the first time in ages, she’s had a couple of full nights’ sleep.

After having tackled the smaller 5-10min tasks, Jane was better able to deal with the two significant issues because she felt confident and motivated.

I knew this had made a difference to Jane because she had also made an appointment to see her doctor, something which she wanted to do, but had not had the energy or brain space to do.

This doctor’s appointment was evidence that she was able to dislodge from this spiral of worry.

If your to-do list is growing out of control here are 7 key steps you which may help.

1. Print out your to-do list so you can see it in its entirety. This will give you some perspective, and the clarity to work more effectively.

2. Review your list; delete anything which has passed its use-by date or you no longer wish to do.

3. Highlight anything which you can delegate to someone else.

4. Review what is left and prioritise the list, from most important to least important. Estimate how much time each one of these priorities will take to complete. It’s best to overestimate the time, this way if you do it in less time — you’ll feel like a winner!  If one of the tasks will take you more than an hour to complete, break it down into smaller bite-size steps, so it’s easier to manage.

5. Grab your diary, your calendar or wherever you enter your appointments and allocate half an hour, or an hour a day to work through your list.

7. Put on a timer for a half an hour or hour depending on the time you’d allowed. To minimise distractions turn off your mobile, and email notifications during this time, and get to work.

Note: If you think that this might drag on the process, be reminded that a half-hour per day x 5 days will give you 2.5 hrs to work through these tasks.

And that’s a brilliant start.